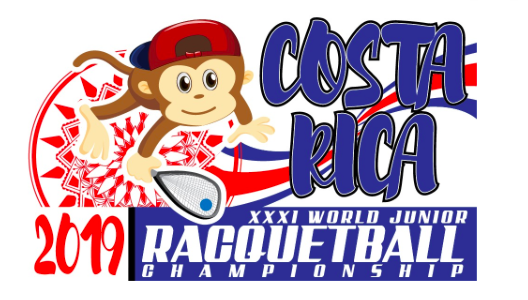 The Canadian team did not have any podium results at this year’s championships. They had tough matches in the preliminary round which was used for seeding athletes in the elimination round. As a result most athletes faced higher seeds in their first elimination round matches and were unable to advance.

The team was coached by Michel Gagnon of Montréal, QC and Rino Langelier of Brossard, QC.

The next major event for several of the athletes competing at the World Junior Championships will be the Racquetball Canada National Team Selection Event being held in Edmonton, AB.